Winter in New York can be harsh, especially when the wind chills start kicking in. And even though I would prefer staying at home sipping on my vino, I will make an exception for some places.

WTF?! Yes, I said it. Dunkin Donut… That generic store located at almost every corner in New York City. I know there are better hot chocolate out there, but the convenience and taste of the one at Dunkin Donut never fails to satisfy me. The thick and creaminess of this hot chocolate will warm you up in a second. And this winter, they even included mint in it!

Dunkin Donut is located in multiple locations in New York City and all over the world. 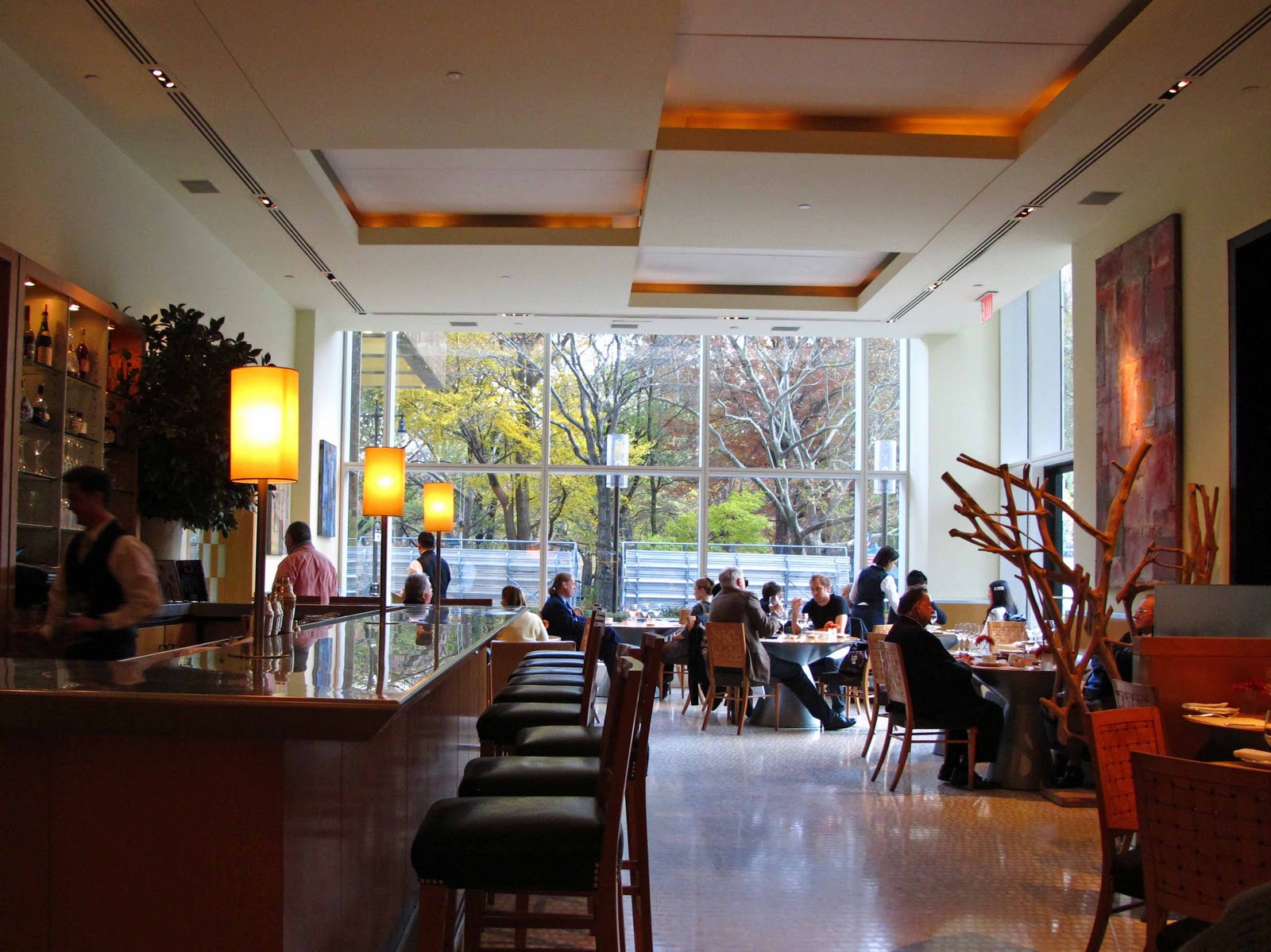 Strategically located at the southwest corner of Central Park at Columbus Circle, dining at Nougatine is an experience, especially during/after a snowstorm. Not only does Jean George serve an amazing 3 course prix fixe meal at a somewhat reasonable price ($32), you get a spectacular view of a snow laid central park. Pair it with a bottle of french wine, and you know you are living the good life.

Nougatine at Jean George is located in the Trump International at 1 Central Park West (Between 60th and 61st Street), New York City, Manhattan. There are many good ramen places in New York City. The hot favorites being Ippudo and Totto Ramen. But let’s face it. It is 10 degrees outside, and I am not going to stand outside the restaurant for over an hour to eat a bowl of hot ramen that will probably not cure the frost bites I just incurred. So I go to Jin. This ramen place is located on 125th street and Broadway, right by the 1 subway station, and not too far from my apartment in Harlem. The spicy tonkotsu ramen is the right amount of creaminess and spiciness to warm me up and bring a smile to my face. The best part: no waiting time. The only time I ever had to wait was walking in on a friday evening, and it was less than a 15 minute wait. I won’t say that this is better than Ippudo and Totto, but I will say it is comparable.